James A. Meger couldn’t remember a time in his life that he didn’t want to be an artist. His rural upbringing and his love of nature were the inspirations for his paintings and he often dreamed of combining these loves with a career.

The path wasn’t always a smooth one from dream to reality. While pursuing a B.F.A. in college, he was discouraged from portraying nature and realism by his professors. After completing his degree, he served as a combat officer in Vietnam for 14 months. Eventually, he ended up teaching back in Minnesota, but he still dreamed of painting. With a lot of outside encouragement, he gave up teaching and six weeks later won the Minnesota State Duck Stamp Competition for 1980. His career took off from that point garnering numerous awards including over 15 Best of Show and Popular Choice awards at major national shows around the country. James also worked diligently with conservation organizations and has been awarded the Pheasants Forever Artist of the Year 6 times.

James died of cancer on August 25, 2011 and is survived by his wife, Laurene; and daughter, Elise. While the terrible disease may have taken him from his family and friends, his unique spirit that touched so many, and his beautiful wildlife paintings will remain forever. 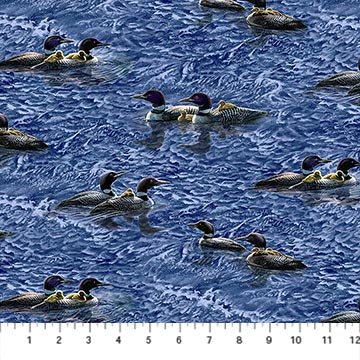